Back
2022-04-18 23:30:10
How to purchase Axie Infinity (AXS)
What is Axie Infinity
What Is Axie Infinity (AXS)?
Axie Infinity is a blockchain-based trading and battling game that is partially owned and operated by its players.
To learn more about this project, check out our deep dive of Axie Infinity.
Inspired by popular games like Pokémon and Tamagotchi, Axie Infinity allows players to collect, breed, raise, battle and trade token-based creatures known as Axies.
These Axies can take various forms, and there are more than 500 different body parts available, including aquatic, beast, bird, bug, plant and reptile parts. Parts from each type class come in four different rarity scales: common, rare, ultra rare and legendary — and Axies can have any combination of body parts, making them highly variable and often rare and unique.
Each Axie is a non-fungible token (NFT) with different attributes and strengths and can be entered into 3v3 battles, with the winning team earning more experience (exp) points that are used to level up an Axie's stats or evolve their body parts. These Axies can be bred together to produce new and unique offspring, which can be used or sold on the Axie marketplace.
The Axie Infinity ecosystem also has its own unique governance token, known as Axie Infinity Shards (AXS). These are used to participate in key governance votes and will give holders a say in how funds in the Axie Community Treasury are spent.
Who Are the Founders of Axie Infinity?
Axie Infinity was created in 2018 by Sky Mavis — a technology-focused game developer with a team primarily based in Vietnam. It was co-founded by Trung Nguyen and Aleksander Larsen.
Trung Nguyen is the current CEO of the platform. Nguyen graduated with a BS in computer software engineering, and worked as a software engineer at Anduin Transactions prior to founding Axie Infinity.
Former competitive gamer Aleksander Larsen is also credited as a co-founder and COO of the platform. Larsen has been working in blockchain gaming since 2017. He previously worked as the executive security officer for the Norwegian Government Security Organization and still sits as Secretary of the Board of Directors at the Blockchain Game Alliance.
In total, the Axie Infinity team consists of 25 full-time employees — many of whom have experience with game development.
What Makes Axie Infinity Unique?
Each Axie possesses six out of the hundreds of different potential body parts — each of which has its own battle move. This produces essentially endless variety among Axies, with most Axies having relatively weak statistics, while those with the strongest combination of body parts can have incredible stats.
Unlike some other blockchain-based battling and breeding games, each Axie can only be bred a total of seven times to help control the population of Axies.
Axie Infinity has its own mating hub to help players find a suitable match to breed their Axie with to stand the best chance at producing a rare or powerful offspring. It costs 0.005 ETH in addition to Small Love Potion (SLP) tokens to breed Axies.
AXS token holders will soon be able to stake their tokens to receive regular rewards. But unlike some other stakeable assets, AXS holders will also need to vote and play to claim their rewards.
Related Pages:
Check out Ethereum (ETH) — the blockchain that hosts the Axie Infinity game.
Check out Small Love Potion (SLP) — the token needed to breed Axies.
Read about non-fungible tokens (NFTs) with CoinMarketCap Alexandria.
Discover the latest crypto insights, news and tools with the CoinMarketCap blog.
How Many Axie Infinity (AXS) Coins Are There in Circulation?
Axie Infinity (AXS) tokens have a total supply of 270 million tokens. Out of this, around 53.5 million tokens were in circulation as of mid-November 2020.
In total, 11% of the total supply was allocated to participants in the Binance Launchpad IEO sale and 4% was sold in a private sale. In addition to this, 29% is allocated for staking rewards, 20% to the play to earn pool, 21% to the team, 7% to advisors and 8% to the ecosystem fund.
Based on the current release schedule, as indicated by Binance Research, 100% of AXS tokens will be circulating by early 2026.
How Is the Axie Infinity Network Secured?
The Axie Infinity (AXS) token is an ERC-20 token launched on the Ethereum blockchain. As a result, it is secured by Ethereum’s proof-of-work (POW) consensus mechanism.
In early 2021, Axie Infinity plans to migrate its NFT tokens, including Axies, Land and other in-game item tokens from the Loom Network to a custom-built sidechain on Ethereum known as Ronin.
Ronin is an application-specific sidechain built just for Axie Infinity. It is being developed by Sky Mavis — the development firm behind the Axie Infinity game, and is designed to support almost instant transaction confirmations, reduced gas fees and be capable of helping Axie Infinity scale.
Where Can You Buy Axie Infinity (AXS)?
As of mid-November 2020, Axie Infinity (AXS) is only available to trade on a single exchange platform: Binance. It is listed with four trading pairs: AXS/USDT, AXS/BTC, AXS/BUSD and AXS/BNB. As the game has risen in popularity, interest in the AXS to PHP price has increased substantially.
Though there are no direct fiat purchase options for AXS, see our guide to purchasing Bitcoin (BTC) with fiat — which can then be exchanged to AXS on supported exchanges.
How to buy AXS?
Contract Addresses
Axie Infinity Shard (Ethereum) : 0xbb0e17ef65f82ab018d8edd776e8dd940327b28b
More information
chat:
https://discord.com/invite/axie
chat:
https://t.me/axieinfinity
reddit:
https://reddit.com/r/AxieInfinity
twitter:
https://twitter.com/AxieInfinity
website:
https://axieinfinity.com/
explorer:
https://etherscan.io/token/0xf5d669627376ebd411e34b98f19c868c8aba5ada
explorer:
https://ethplorer.io/address/0xf5d669627376ebd411e34b98f19c868c8aba5ada
explorer:
https://etherscan.io/token/0xbb0e17ef65f82ab018d8edd776e8dd940327b28b
message board:
https://axieinfinity.medium.com
technical doc:
https://whitepaper.axieinfinity.com/
Join our community at
Twitter:   https://twitter.com/Neko_Invest
Tags
Collectibles & NFTs Gaming Binance Launchpad Metaverse DeFiance Capital Play to Earn
Recommended 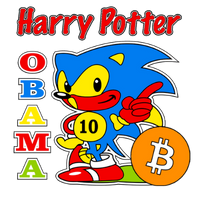 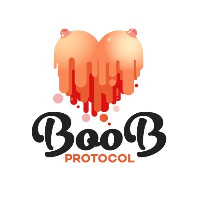